How dilated am I? Vaginal exams in labour

Read or listen to almost everyone’s birth story and it will include a measurement in centimetres. “I was 5cm when the midwife arrived.” “I’d got to 3cm before they broke my waters.” “I got to 9cm but then got stuck.”

Sometimes dilation is also related to fruit and food sizes!

What does this all mean?

The centimetres means the number of centimetres that the cervix has opened. When it’s at around 10cm, it’s usually open enough for the baby to be born. Of course, it’s not exactly 10cm and it’s different for everyone, just as we all have bigger or smaller hands, feet, noses and tummies! 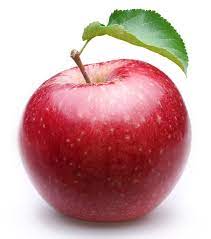 It’s also helpful to know that it doesn’t open like a door! When we talk about an open cervix, what we mean is your cervix has moved around your baby’s head, similar to pulling on a jumper. It moves around our head, it does open up so our head can fit through.

In order to tell how many centimetres open someone’s cervix is, it’s necessary for a midwife or doctor to put their fingers into their vagina, and feel up to the cervix.

Why on earth do they want to know that?

An excellent question. In fact, for most people, knowing how far the cervix is dilated is fairly pointless and can even sometimes be harmful. More on that later in this article.

The reason that vaginal examinations are offered is that it is hospital policy and guidance from the National Institute for Clinical Evidence (NICE) to know how fast the cervix is dilating, so midwives will be expected to ask to check this. It is recommended but not compulsory. The main reason that it’s in the policy is because in the 1950s a man decided to track the cervical dilation of some women, and then he drew a graph showing the average dilation of the women across time. Hospitals then decided that women and people whose cervixes didn’t dilate as fast as the average should have their labour speeded up, to keep it ‘normal’. This is despite the fact that we are not average, we’re all different. Interestingly, labours that are happening faster than the average aren’t slowed down.

One key problem with estimating cervical dilation is that the cervix doesn’t dilate in a linear manner. This means that it can stop and start and even go backwards. It might take someone an hour to get to 3cm and then 24 more hours to get to 10cm. Or they may stay at 6cm for half an hour or 10 hours. Or they may be at 1cm and give birth in the next few minutes. The vaginal examination tells us how dilated the cervix is now but not what will happen in the future. 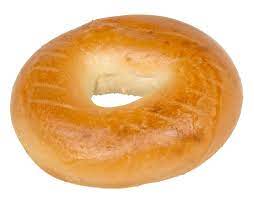 In what other ways can vaginal examinations be harmful?

Vaginal examinations can introduce bacteria, viruses and funguses which may cause an infection in the uterus. This may make the birthing woman or person ill, and can also make her baby ill.

Vaginal examinations in labour can be uncomfortable, and can sometimes be painful. Although they should be able to be done in any position, it is normally the case that women and people are asked to go onto their back, which can itself be a hard position to be in in labour as it can make labour pains feel worse.

Sometimes, women and people can become really downhearted when they hear how dilated they are, if it’s not as much as they’d hoped, especially if they are already finding it hard to cope.

Can vaginal examinations be useful?

Yes! They can be useful in a number of different situations. For instance, they can be used to try to judge the position of the baby if it’s though that the baby may not be in a great position for birth. They may be helpful if labour appears to not be progressing as the information they give can sometimes add to part of a bigger picture when deciding whether or not there’s a problem.

Sometimes, they can really give a birthing woman or person the incentive they need to keep going, if they are dilating well. Remember though, lack of dilation does not necessarily mean lack of progress!

Do I have to have vaginal examinations?

No! Vaginal examinations are entirely optional. No one can put their fingers into your vagina without your permission. If you don’t want them you can just say no, thank you. 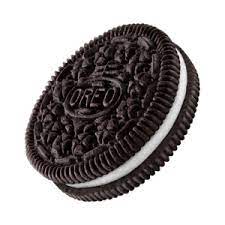 Is a sweep part of a vaginal examination?

If the examination was to check for dilation, no. A sweep, or stretch and sweep, is a separate intervention to a vaginal exam and it cannot be done if you have only given permission to check for dilation. If a midwife or doctor does a sweep during a vaginal examination without specifically asking for, and receiving permission, it is an assault. This includes if they say something like, “I’ve given you a sweep while I’m in there”, “I’ve just pushed you on a bit”, “You were a three but I stretched you to a four”.

Are there other ways to see how labour is progressing?

Yes! Midwives can see how you are progressing by the way you look and sound. Women and people often go more ‘into themselves’ as labour progresses, focusing on the contractions and shutting out the outside world.

Vaginal examinations are considered to be a normal part of birth, but they don’t have to be. It’s entirely the woman or birthing person’s decision as to whether to accept them or not. There may benefits and risks to having them, and these must be explained by your midwife or doctor before you decide whether you want to agree to them.